How does the heat pump work with jet enthalpy technology?

How does the heat pump work with jet enthalpy technology? 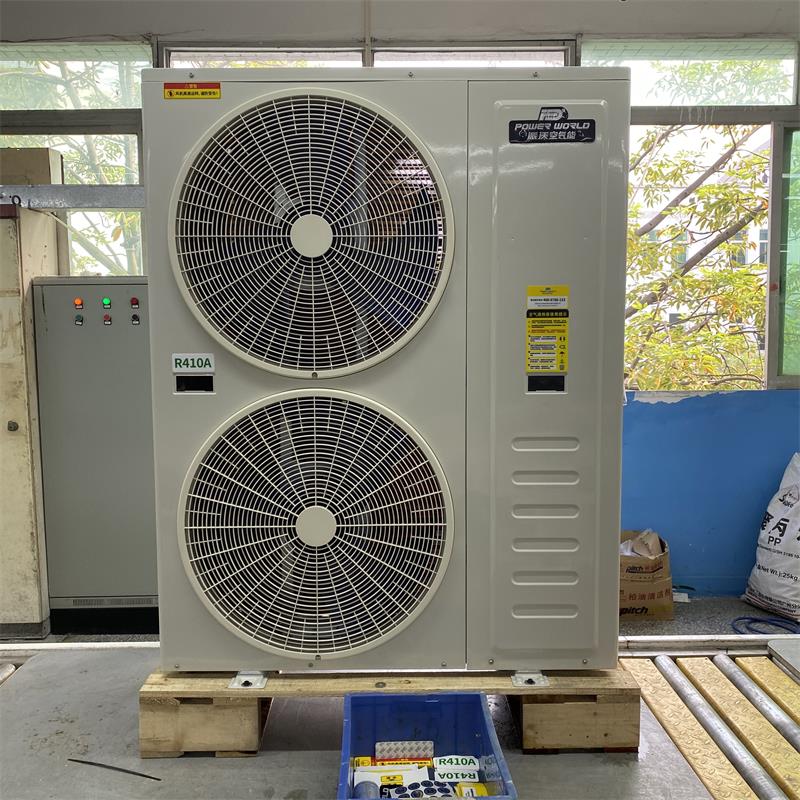 Strictly speaking, the so-called "ultra-low temperature air source heat pump" technology is based on a complete system, which consists of special components such as jet enthalpy compressor, hot water heat exchanger, evaporator and so on. But the compressor plays a central role in it, so what is a jet compressor? The picture below is a dedicated compressor with "jet-enhancing enthalpy" technology. 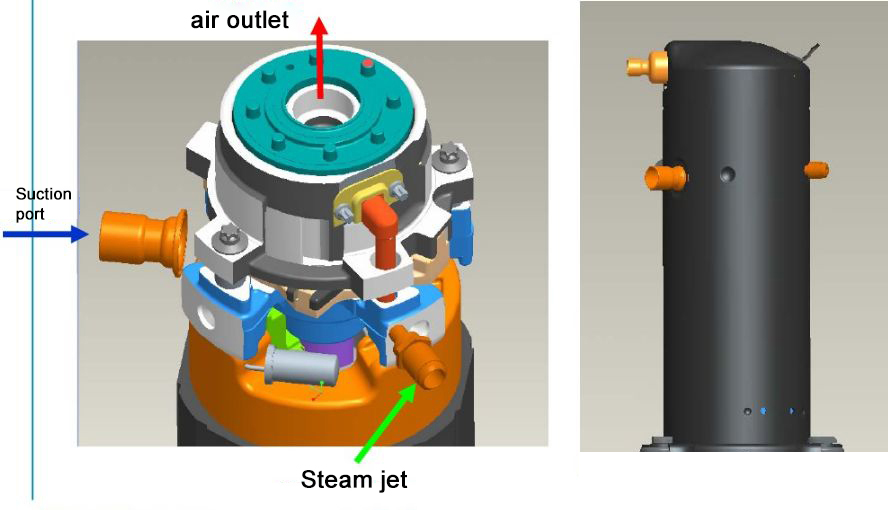 This compressor adds an additional steam injection port. The compressor receives the energy transferred from the evaporator from the suction port, and receives the steam supplemented from the other end of the pipe from the steam injection port. The steam is used for the continuous circulation in the cooling pipeline. Refrigerant (refrigerant). The essential meaning of this is to use the steam entering the air source heat pump to divide the original one-stage compression process into a quasi-two-stage compression process. To illustrate more clearly, we can analyze this process step by step:

The first step: The compressor receives the heat A absorbed by the evaporator from the air, and starts to compress the energy A.

The second step: Turn on the air jet enthalpy boosting circuit, and the steam is passed into the compressor.

Step 3: The part of the energy A being compressed by the compressor is mixed with the incoming steam. This process will continue until the working chamber of the compressor is separated from the supplementary air port. At this time, the steam and energy A are fully mixed and become a new stream. Energy B.

The fourth step: After the compressor working chamber is separated from the air supply port, energy B is subjected to "secondary" compression, and finally energy B enters the condenser to exchange heat with water. 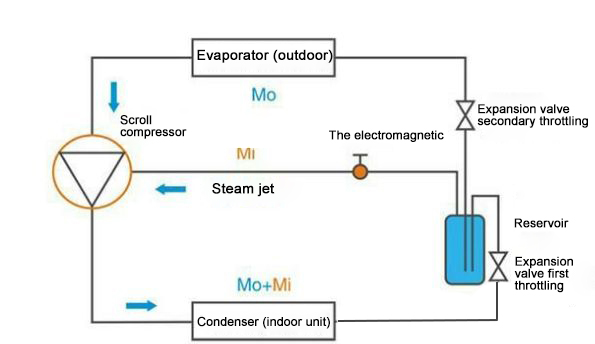 So where does the "gas" in gas supplement come from?

When the flash evaporator supplements the compressor, it actually increases the subcooling degree of the liquid refrigerant before throttling, so that the liquid refrigerant in the evaporator can better absorb the energy in the air. It is equivalent to indirectly increasing the energy A provided by the evaporator to the compressor. In addition, because the compressor has been supplemented with air, the amount of discharge to the condenser has also increased, which increases the amount of refrigerant that exchanges heat with water in the condenser. It is these two factors that make the "jet enthalpy increase" program improve the heating capacity of the unit in a low temperature environment.